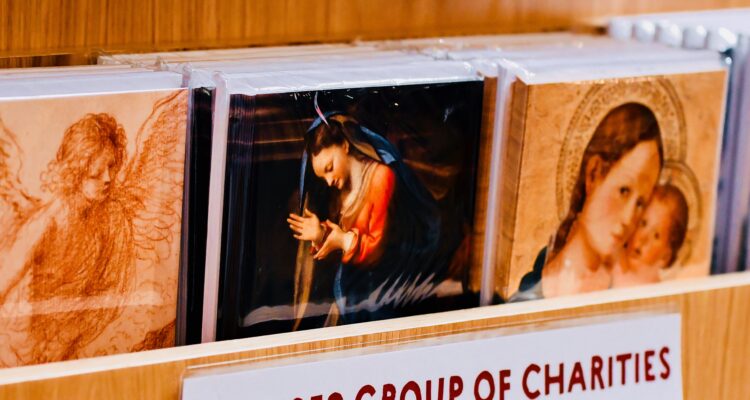 For over 30 years, Holy Trinity has hosted the UK's largest branch of the Christmas card charity, Cards for Good Causes. 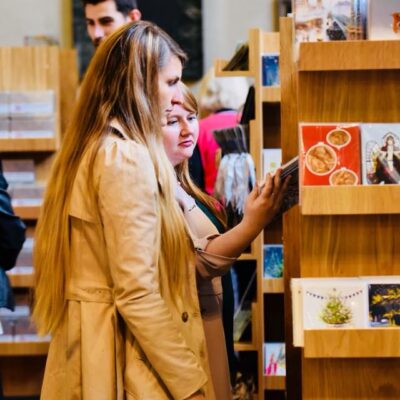 We are expecting the card shop to be open from the 22nd of October this year.

The pop-op shop opens its doors to the public from the end of September until a week before Christmas Day.

Cards for Good Causes supports more than 250 UK national and local charities by selling the widest choice of Christmas cards online and our store is just one of 300 seasonal pop-up shops across the country.

It was in 1959 that James “Jim” Jackson, Secretary of the British Diabetic Association, gathered a group of medical charities together to discuss the coordination of publicity for selling charity cards at Christmas.

In 1964, they began selling cards from empty shops in town centres. The name “Cards for Good Causes” was first mooted in 1971, but it was not until 1988 that it was formally established as the trading arm of The 1959 Group of Charities.

In the last 10 years alone, sales have helped Cards for Good Causes raise over £40 million for UK charities.

Cards for Good Causes manages a national network of over 300 charity Christmas card shops across the UK which open at various points throughout the lead up to Christmas – typically during September through to December. The pop-up shops are churches, libraries, community centres, tourist information centres and museums and staffed by volunteers.