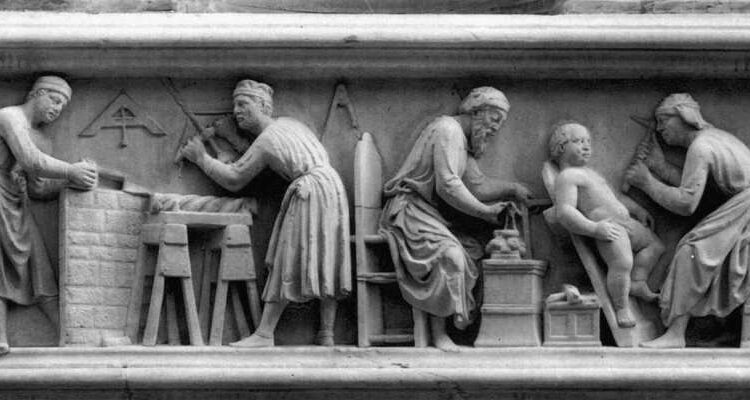 The medieval crafts guilds were groups of artists, architects, and craftsmen who formed an alliance to maintain high standards of workmanship, regulate trade and competition, and protect the secrets of their crafts. For some they were the forerunners of today's trades unions. 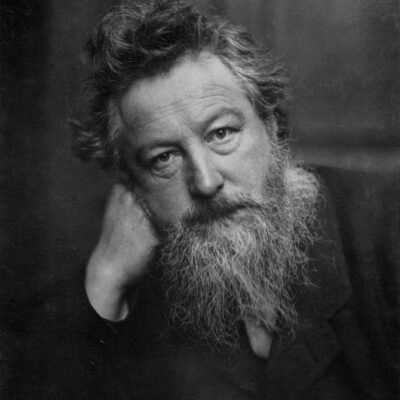 The guilds were usually composed of smaller workshops of associated crafts from the same town who banded together into larger groups for their own protection and prosperity. They operated on a Master, Journeyman and Apprentice system where the master would take on apprentices to train them in the skills of his craft.

The apprentices were ‘bound’ to work for free for that master for a period of around five to nine years. In return, the master would look after their welfare and education in the skills of his craft until they graduated as journeymen.

As journeymen, they were not only paid for their work but also free to go and work for other masters. In time, if a journeyman demonstrated outstanding skill in his craft, he could advance in the guild to the position of master and take on his own apprentices.

Some of the founding fathers of the Arts and Crafts Movement – John Ruskin and William Morris – greatly admired medieval society and built their vision for the dignity of labour upon the life of the guilds.

Today, we have four guilds dedicated to preserving and enhancing the beauty of our church building and the liturgy, bringing love and prayer to their tasks: the Altar Guild, the Cleaning Guild, the Flower Guild and the Servers’ Guild.