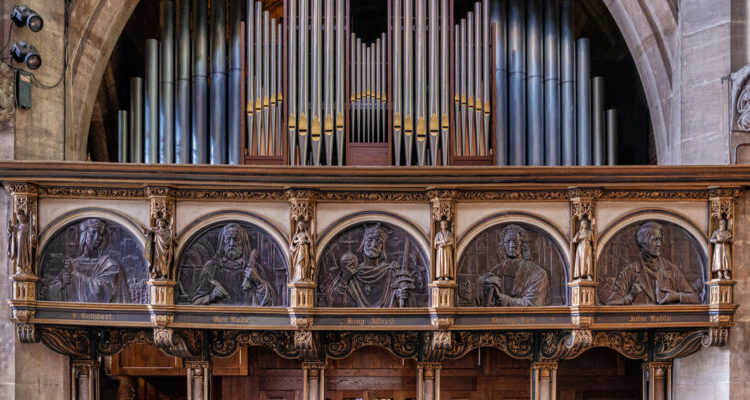 John Sedding, himself an organist, provided an unusually large chamber for the noted four-manual J. W. Walker & Sons Ltd organ. The instrument was badly damaged by enemy action in the Second World War but was repaired in 1947 and partially rebuilt twenty years later in 1967. A definitive rebuild by Harrison & Harrison, funded by our Patron, Lord Cadogan, was completed in August 2012, with the aim of restoring and enlarging the instrument by about 45%, using the surviving Walker pipework and matching new material, confirming its former position as one of the principal organs in London. There are seventy-one speaking stops and approximately 4,200 pipes.