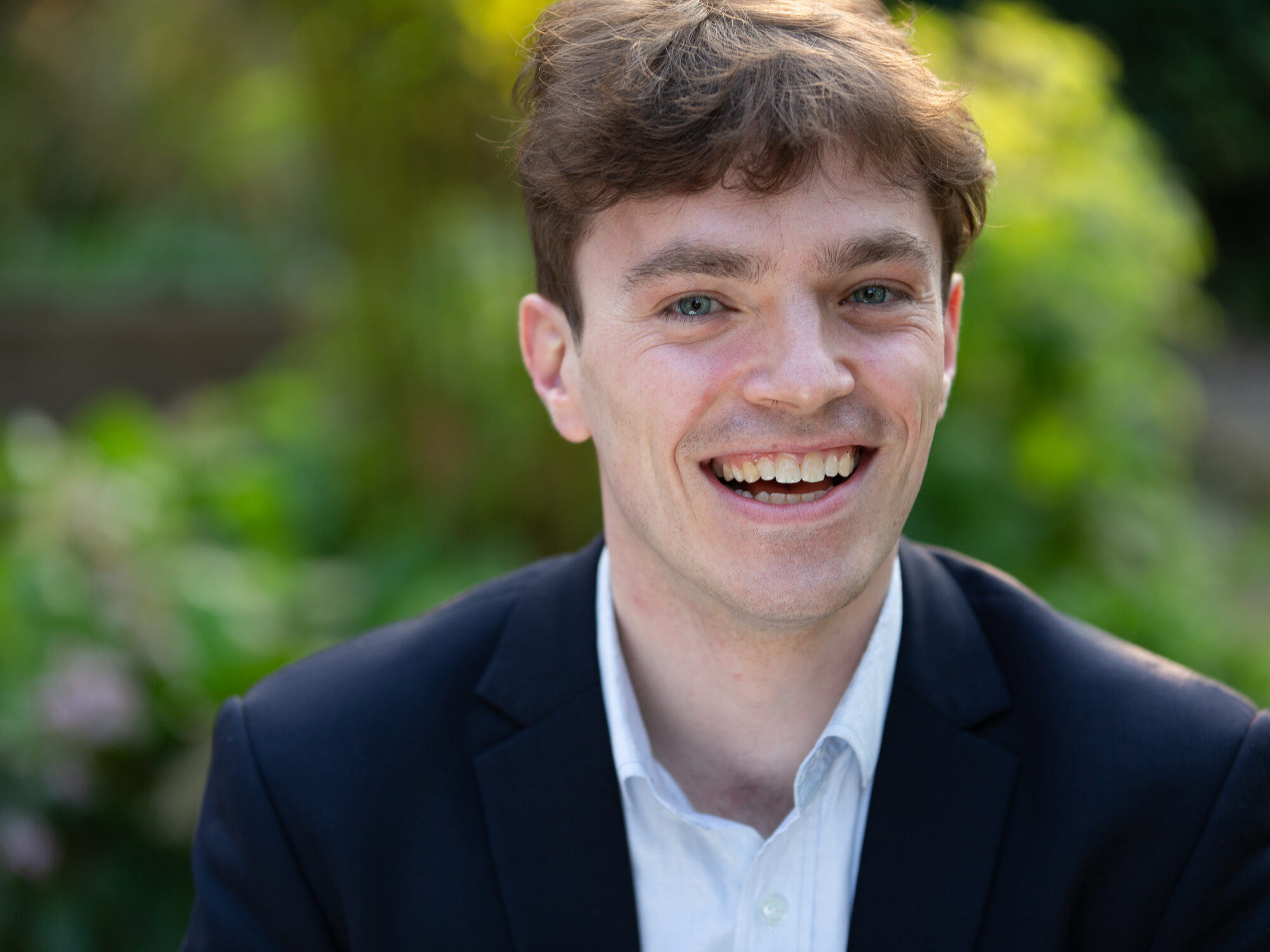 Director of Music: Max Barley was a chorister at King’s College,  Cambridge
and Organ Scholar at St John’s College,  Oxford, where he read Modern Languages. He
studied conducting in Munich, where he was a scholar at the Stiftung Maximilianeum.
Max now pursues a busy freelance career as choral conductor and accompanist.

As well as being Director of Music at Holy Trinity, Sloane Square, he is Music Director of Choir of the
21st Century and Eltham Choral Society and Principal Conductor of the Guildford Chamber
Choir. Max was the Director of the Berlin Radio Choir’s Liederbörse (education programme)
2021/22 which culminated in conducting two concerts in the Berlin Philharmonie in May
2022. He was also Chorus Master for Opéra de Baugé in July 2022. Other recent guest-
conducting includes the Rodolfus Choir and London Schools Symphony Chorus. Max is a
Fellow of the Royal College of Organists and recently gained a Distinction for his MA in
Choral Conducting at the Royal Academy of Music, under Patrick Russill, and organ with
David Titterington.

Michael Brough has been one of the organists at Holy Trinity since 1986. He was born in Leeds and brought up in Halifax, where he was a piano pupil of Sydney Pickles and organist of St Paul’s church from 1973 to 1978, after which he took a year away to teach in Lesotho. He then became the chaplaincy organist at Leeds University as an undergraduate and later qualified as a solicitor. Michael was responsible for initiating 2011 the rebuild and, with Ian Bell and Harrison & Harrison Ltd, devising the stoplist of the organ we enjoy in church today.

As a composer, he has produced organ, piano, and choral music including three recent settings of the Magnificat and Nunc Dimittis and about a hundred songs, mostly in German, which have been performed here and in Europe; he has been a featured composer and performer at the Swaledale Festival, as a result of which some of his music is to be found in the current Toccata Classics CD catalogue. He holds organ performing diplomas of the Royal College of Music, the Royal College of Organists and as a pianist he is a fellow of the London College of Music; Michael was recently made a fellow of the National College of Music in composition.